Cattle Call? We’re Not Gonna Take It Any More! 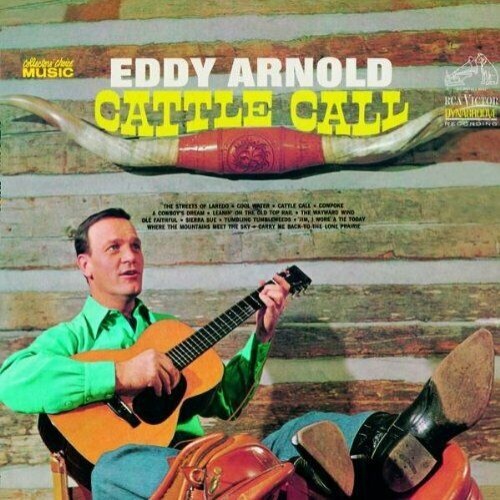 (From our September 2021 newsletter.)

At a local pub near my house, someone keeps playing “Cattle Call” on the jukebox. Cattle Call is a yodeling sort of cowboy song made famous by Eddy Arnold in 1944. A group of songwriters once named it one of the Top 100 Western songs of all time.

It has been playing at the pub every couple of hours for at least a couple of weeks.  Or so it seems—no one has been counting, exactly.

But if you’re in the pub often, you’re bound to feel the mood swing occasionally by these mournful, wistful lyrics:

The cattle are prowlin', the coyotes are howlin'
Way out where the doggies bawl
Where spurs are a-jinglin', a cowboy is singin'
This lonesome cattle call

One guy who frequents the pub is Henry the bartender. Does he like the song?

Cattle Call was written and recorded in 1934 by Tex Owens, who never made it particularly popular.  Then Eddy Arnold got a hold of it, and it went viral.   It was also a hit for Slim Whitman.  LeAnn Rimes recorded a beautiful version with Eddy Arnold in the 1990s.

Personally, I like the song very much.  But then I’m not in the pub every day.  Whoever keeps playing it apparently is not there either.  The song can be ordered up remotely with a smart phone app called AMI Jukebox.  The app allows someone to select a song in that pub, or any pub with an AMI branded jukebox.

I downloaded the app just to poke around.  A single spin of a song costs fifty cents.  Priority timing, which moves your selection nearer to the front of the queue, is available for a buck.  Enter your card and buy some credits.  The minimum purchase is five bucks.  Your account can auto-reload if you like.

I’m guessing someone made a batch purchase.  Now Cattle Call is coming on randomly amid the Merle Haggard and George Strait tunes that regularly play at the pub.

Who rustled up the Cattle Call stampede?  Henry the bartender has no idea.

You have to wonder if it’s a disgruntled past patron of the bar.  It is a friendly place, but in any pub, at least a few people have been tossed out over the years.

Or it could be “somebody sitting on their bed that weighs 400 pounds.”  (Such was Donald Trump’s speculation about who was hacking the Democratic National Committee back in 2016.  The comment drew criticism from people offended by fat-shaming.)

Even 400-pound hackers must value their time.  So they too could have done a batch purchase, rather than returning to the AMI app whenever the spirit moves them.

“It kind of ticks me off that someone is f---ing with us,” said Henry.

Ain’t that the truth.  The psychological impact is not necessarily hearing Cattle Call for the 80th time.  It is the malicious intent.

Then again, if it was malicious, they could have done more damage with a different song.  Think of “We’re Not Gonna Take It” by Twisted Sister, coming back for the 80th time.

The anonymity adds insult to injury.  It is like a drone strike that takes out your mud hut. It’s worse when you don’t know who did it.

But maybe it is not malice at all.  Some elderly schoolteacher may consider it her gift to the bar, adding Cattle Call to the musical mix.

I am not going to identify the pub.  My readers are nice people.  But if this story gets around, I don’t know who may be out there lurking, thinking it would be fun to summon up a few more plays of Cattle Call.

It is all fun and games, as they say, until those lyrics come on again.

Book of the Month

"The Guide," by Peter Heller

When I heard Colorado author Peter Heller had published a new novel, I immediately dropped what I was reading and picked up “The Guide.” That was two days ago, so I am now only 30 percent of the way through, according to my Kindle. But the story is getting good. Jack is a moody, overeducated fishing guide hosting wealthy celebrity clients on a Colorado river. One day a shot is fired in their direction by a reclusive old coot who owns private property along the river. That’s all I can report to you at this time.

The publisher calls it a thriller in which our hero "uncovers a plot of shocking menace amid the natural beauty of sun-drenched streams and forests." The verbiage is simple and Hemingwayesque and very compelling, with a lot of inside baseball about fishing. It is a page turner (even on a Kindle). You can join a discussion of the book with the author on September 30.  It’s part of Colorado Public Radio’s “Turn the Page” series. I participated in one of those recently and it was great fun.