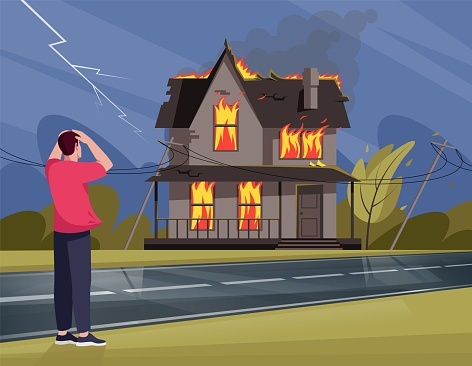 In real estate as in life, there are some assertions that are almost never spoken out loud.

When someone is publicly praised for some sort of daring rescue, the media inquiry often goes like this:.

“Sir, today you received the Mayoral Medal of Honor. You halted your vehicle in high-speed traffic, scaled a barbed wire fence, commandeered a construction ladder, ascended a high-rise building to the balcony of a burning apartment, shattered the glass doors, fought your way through thick smoke, snatched two suffocating babies from the fire and single-handedly carried them to safety three stories below.”

Someone inevitably asks, “Are you a hero?”

“Aw heck,” is a common sort of response.  “I just did what anybody would do.”

Just once I’d like to hear an honest reply:

“You’re darn right I’m a hero!  How many of you other jamokes would have even gotten out of the car.”

In my world, unspoken truths are mostly related to real estate.

When did you last hear a realtor dole out that sort of advice?

Like never, right?  Even with Denver home prices now double what they were about seven years ago.

In marketing to buyers, rising prices are usually portrayed as a positive; a good reason to buy.  The implication is that things will continue to climb.

Is that implausible?  Well, no.  In metro Denver, average home sale prices have dipped only three times, year-over-year, in the past 50 years.  Most recently it was 2006-2007.

Colorado was not among the states hardest hit at that time.  It was the “sand states”—California, Arizona, Nevada, and Florida—that declined the most. Partly because those real estate markets had risen the most, leading up to 2007.

Colorado was not on the red hot list.  Now it is.

I don’t know what comes next.  I do know that real estate agents are commission-driven, and nothing happens unless we close a deal. We are constitutionally inclined, and even coached, to depict rising prices as a reason to buy.

To paraphrase Warren Buffett, asking your stockbroker (or realtor) for investment advice is like asking your barber if you need a haircut.

When it’s a great time to buy, conversely, it may not be the greatest time to sell. Right?  With home values up 19 percent nationwide just in the past year, a case can be made for holding on for another good year.

But when have you heard that sort of advice from a real estate agent?  “Don’t make a move—stay the course!”

Never, right?  Words of wisdom to sellers typically suggest getting out while the getting is good.  “Prices have never been higher,” is usually part of the pitch.  Time to take chips off the table.

Again, it’s not that both sides can’t be right. When the buyer of a specific home is 25 years old and the seller is 65, the age difference may fully explain their differing plans.

But is it always a good time to sell?  I always say it’s more about your personal life than the macro market.

My mom worked for a real estate brokerage in suburban Chicago. They shared office space with an insurance broker.  Outside was a big clock bearing the insurance company’s name. Below that it said, “Time to Insure.”  The message was, it is ALWAYS time to insure.

Is it always a good time to buy OR sell real estate?  The question leads to the single most under-used phrase in real estate.

Ask me, “How’s the market?” (Or don't get me started--I'll talk your ear off.)  Active listings in Denver are at an all-time low, around 2,248  (At the same point in November 2006 it was 27,530.)  Yet even with the shrunken inventory, the number of closings per month (recently around 5,800) has been very consistent for the past 15 years. They're just being sold faster by us hard-working realtors.  Average "days on market" is now 14. Twenty years ago, it was around 90.

But don’t ask me for a forecast.  I have resigned from the forecasting business.

Goldman Sachs predicted in October 2021 that U.S. home prices would climb another 16 percent in the 15-month period extending through 2022.

On the bearish side, a Phoenix realtor named Javier Vidana, with more than 120,000 YouTube subscribers, won some applause for his candor with this video in November 2020:

Housing Market Is About to Shift In A Bad Way

He warned buyers, especially first-timers, to steer clear of the housing market.  Prices were unsustainable.  But prospective buyers who heeded that advice have since missed an incredible market boost of around 28 percent in the Phoenix area. In barely a year!

My own dire YouTube-distributed warning preceded Mr. Vidana’s commentary by about seven months.  It was near the start of the Covid pandemic. Any unfortunate Denver buyers who followed my lead and remained on the sidelines have since missed a 20-month gain of approximately 25 percent..

Honesty may be the best policy. But candor is not always helpful. Maybe realtors should refrain from projections.  On a positive note, my own fledgling YouTube channel has 4 subscribers. So how many people were misled?

What’s next for the crazy real estate market?  It hurts, but I'll say it: I do not know.