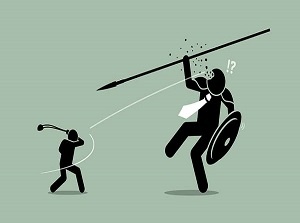 Here’s my new thing.  From now on, each edition of this newsletter will cite some book that I’ve read recently.  I may or may not go on to describe, review, or reference that book.  This time I will indeed review “Post Corona: From Crisis to Opportunity,” by Scott Galloway, published on November 24, 2020.

Galloway is an entrepreneur who has launched several tech start-ups including a market intelligence firm that he sold for $155 million. He is a popular business professor at New York University, and the author of several books including one on how to be happy.  He writes a blog called No Mercy / No Malice.

Corona has been an accelerant, he writes.  It has driven changes that were already likely or inevitable.  He attributes this quote to a British politician named George Galloway (no relation): “Nothing can happen for decades, then decades can happen in weeks.”

A decade ago, few of us would have cottoned to working from home, buying groceries online, attending college remotely, or sitting through a “telemedicine” doctor visit.  Now those things are routine.

The big winners have been in Big Tech.  Four firms have dominated the digital shift.  They are, of course, Amazon, Apple, Facebook, and Google.  Together their stock market valuation is over $7 trillion dollars.

Their values have gone straight up during the pandemic. It took Apple 42 years to reach $1 trillion in value, and 20 weeks to go from $1 trillion to $2 trillion, between March and August 2020.

The dominance of “the Four,” Galloway says, goes beyond their services to individuals. Facebook and Google have come to rule the advertising industry, for example. I personally have spent over $2,000 on Facebook ads this year, prospecting for potential home sellers and buyers. Until recently, there was no sort of advertising that seemed sufficiently targeted and cost effective.

Vulnerable businesses small and large are being crushed, and not always because they were weak or mismanaged.  The “culling” has hit restaurants, retailers, airlines, and hotels. Even long-enduring companies like JCPenney and Hertz have filed for bankruptcy.

On a personal level, of course, the news is worse, with the U.S death toll pushing 300,000 and 12 million Americans unemployed. Galloway blames the federal government for its slow-footedness. Covid testing should have ramped up sooner in response to early warnings from other countries.

Galloway is also critical of non-enforcement of anti-trust regulation. Break Google away from YouTube, he postulates, and the resulting competition would be better for everyone. YouTube might start working on a new search engine as Google develops a sexy new video-sharing platform.

We know, it’s bad out there, we get it. But as an entrepreneur myself, I was most intrigued by the second part of the book's subtitle, “From Crisis to Opportunity.” I wanted to hear about the opportunities.

(And I am reminded of the acerbic newspaper columnist Mike Royko, who wrote for the Chicago dailies when was growing up there. The official city motto was, “I Will.” In response to the prevalence of payoffs to public officials, Royko suggested changing the motto to “Where’s Mine.”)

What sort of doors will open for ordinary folks?  Here I must say, in the role of reviewer, that Galloway’s writing is long on crisis and a bit short on opportunity.

He is brutally critical of higher education, implying that the need for wholesale reform represents a big opportunity for someone. The business model of American colleges and universities is so antiquated that he has predicted 89 of them will perish, and many more will struggle to survive, in the near future.

The college experience ain’t what it used to be. Accelerated by Covid and the ennui of remote learning, students and their parents will sour on paying big tuition bills.  I’ll buy that. But only a few sentences from Galloway explore what sort of educational entities might step in. The most likely substitute teacher is, you guessed it, Google.

Yet some of his advice to mega-players should ring relevant in real estate, both to owner-occupant homeowners and investors.

Number one is de-leverage. Companies with the strongest balance sheets will best endure the financial winter ahead. Costco, for example, has a ton of cash. Homeowners who are straining to feed big mortgages should consider downsizing. Particularly if they’ve owned in Denver for a while and gained a lot of equity.

Many investors (moreso than owner-occupant homeowners) anticipate a time soon when bargains will abound--following foreclosures and evictions and worn-out landlords deciding it’s time to sell. Will those dynamics drive down the broader market?

I will not go down that rabbit hole. But I will  keep googling stuff on my iPhone, ordering stuff on Amazon, and sending money to Facebook to locate buyers and sellers who are ready to make a move. I do believe a lot opportunities await. I’m just not sure what they are.

(Which reminds me, finally, of Lee Iacocca, chairman of Chrysler Corporation in the 1980’s. Speaking of his own ad costs, he famously said: “Half the money I spend on advertising is wasted; the trouble is I don't know which half!”)